It's Not About Housing Inventory

Here is still another story about local (Cincinnati area) home sales and median prices going up over recent weeks, which, of course, is a big positive.

However, it's the quote about how "the market would be better if there was more inventory" that appears in this story, as well as many others like it from around the country.

The more homes available in a given community, the more likely it becomes that sellers need to lower the price in order to get their home sold. Lower sale prices usually do more harm than good.

When home prices rise, it tells potential buyers that the value of the home they are considering has a strong chance of increasing over the years.

There are still millions of homes with underwater mortgages that were wrongly damaged by the foreclosure boom over the past 10 years. Give them a chance to recover their losses!

Having fewer listings selling for more money is the ideal solution.

The National Association of Realtors is pleased with the Senate passing of the "Housing Opportunity Through Modernization Act" on Thursday night.

In plain English, it eases the FHA recertification process and reduces the owner-occupancy requirement for condos. In the long run, it should help condos to be more affordable for more people.

The NAR went as far as to issue a Press Release about its passing to increase awareness.

One thing we don't agree with is the Association's constant references, including in this release, to the "lack of inventory" of property listings in many areas. They have the "fewer available properties means fewer buyers" approach.

From our point of view, it is supply and demand. More people going for fewer listings means multiple offers and sometimes a bidding process for sellers. From here, that's a good thing.

People are more likely to move into a specific community with more evidence that their property will become more valuable within the next five years. Too many properties for sale means lower sale prices and often conveys a message that the neighborhood is less desirable.

Would love your thoughts on this.

Here is the NAR's press release about the bill which passed:

Researching the suburb of provides more evidence of how important researching the current local market is to advertising and selling new listings as soon as possible.

A new listing on , which just came on the market within the past week, has 4 bedrooms, 2 1/2 baths, and a 2-car garage among its features. It is listed at $379,000, is within the (next suburb over) school district and the brief description boasts about the hardwood flooring and fireplace.

Technically, there is nothing wrong with this listing advertisement on Realtor.com, and the photo spread is well done.

The problem is that this ad does not address the “competition” from other available homes within this community.

Five days prior, another Bolingbrook listing, this one on Danube Way, also has 4 bedrooms, 2 ½ baths, and has a 3-car garage, while the home itself is literally shown as being 1,000 square feet larger, while also boasting of a large yard and patio. This home is price at $375,000.

This is exactly why agents (and in some cases, the sellers) need to do even more homework about the local market before creating their ads.

Chances are that if you are an agent working with a buyer or a buyer acting on your own, you would choose to pursue the property first of these two. A much larger home, bigger garage, more yard and patio space, and a price that’s $4,000 less would sway a lot of potential buyers in that direction. Both of these homes are within the (neighbor suburb) school district.

My concern is that the ad for the home on Truman was posted five days after the one on , which appears to have the advantages for potential buyers. This shows the importance of both creating listing advertisements which sell against the “competition” (other similar local homes) as well as the need to research what is currently out there.

While we are not meaning to say that the home on Truman does not have selling points in comparison with the one on , the problem is that they are not made readily available to potential buyers.

Meanwhile, both of these homes have other local competition. Our search of 4 bedroom homes within the same zip code as the Danube Way listing shows a 4 bedroom home with 3 baths (compared to 2 ½ baths in the other two), and a 3-car garage. This home, on , is 800 square feet larger than the one on , while the entire lot it sits on is literally triple the size of the home – while being more than four times the size of the lot with the home on . It does sit within the (another neighboring suburb) school district. The price for this one? $375,000.

This larger home on Danhof, however, has been on the market for quite some time, and in fact has been reduced from $397,400 back on April 2015.

Thus, it is curious for a potential buyer. As so often happens, there is no urgency when a home has been on the market and gone through multiple price reductions over the previous 15 months. Yet, this advertisement, also on Realtor.com (same source) has not been updated to show how much more home and land the buyer could get for the same or less money than the two most similar properties within the community. The series of price reductions should not be the key selling point, in this instance.

My point is not to say that one of these homes is better or worse than any of the others. Rather, it is to show that advertisements for properties need to be more than just unique. They need to fit the current marketplace, and be kept up to date.

At press time, one of these homes appears to have an advantage as a first impression for anyone searching this community and price range for a 4-bedroom home. These properties all have unique selling points when compared against each other. This needs to be reflected.

Which is currently the "best" advertisement? In my opinion, none of them. The home on , which has the "advantage", also has the shortest description of any. None of these advertisements refer to the current marketplace.

For the home, the ad should be highlighting "New Listing!", the large size (for when compared with the other brand new listing in the community), and the 3-car garage for starters.

The home on Truman needs to have more description copy with more details about the kitchen and the interior. It also could point out its proximity to the park with a playground, which means that the owner does not need to maintain a big yard. (That could be an advantage for the working family which may not have the time to handle a yard for the children.) And, of course, it is also a fairly new listing.

And, the home on Danhof (which has been on the market for well over a year) needs to emphasize that it is now "the largest home and property in this price range" with the added ability to immediately add a 5th bedroom before everything else.

Again, all three of these 4 -bedroom homes are in the same suburb and priced within $4,000 of each other. They, like so many other properties, need to be advertised and promoted based on what the current marketplace has to offer. 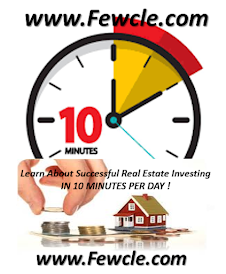 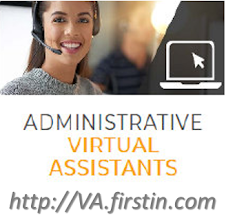