What's Up, Doc? Unfortunately, It's His Time

The national play-by-play announcers come under criticism from fans of the participating teams seemingly all of the time, with one exception. And now, sports fans have lost that exception, albeit due to a partial retirement.

Mike "Doc" Emrick announced that he is stepping down from play-by-play of NHL games after exactly 50 years of having done so. It doesn't seem as if any hockey fans criticized his descriptions at any time. His incredible enthusiasm for the NHL came through as solidly this month in the Stanley Cup Finals as it did 40 years ago.

Emrick, who took the "Doc" nickname after graduating from college with a PhD, was the lead voice for NBC over the past 15 years. Some will recall his years as lead voice for USA Network when they carried the NHL in the 80's and early 90's, working with Bill Clement as his analyst.

He called the Stanley Cup Finals 22 times, along with an incredible 45 calls of Game 7 of a Stanley Cup series. Although Doc will continue with NBC Sports on a part-time basis, this is a blow for hockey fans. From here, he has been, by far, the best of all of the lead national announcers of all of the pro sports.

Speaking of lead national announcers, like him or not, you have to give Joe Buck a ton of credit for dealing with the broadcast schedule Fox (and 2020) brought his way over these couple of weeks. Last week, he called 6 consecutive games of the NLCS between Atlanta and L.A. on Fox and FS1. (That came off of doing NFL games the previous Thursday and Sunday.) Buck was unable to call Game 7 of the NLCS because he was scheduled to go from Dallas to Tampa to call the Packers-Buccaneers doubleheader game on Sunday (10/18).

Due to the  postponement of the Chiefs-Bills game to Monday (10/19), Joe called the late afternoon game, making it a highly unusual call of two NFL games in two days. His "every day" schedule continues this week with the first two games of the World Series on Tuesday and Wednesday. Thursday he calls the NFL game between the Giants and Eagles, and then it's back to Dallas to call the World Series games on Fox until conclusion. This schedule is unprecedented work for a national announcer.

Sportscaster Mike Yam was able to bounce back after being dropped from the Pac-12 Network as part of layoffs made before the Conference decided to play this year. Yam has been added by NFL Network as an anchor, as well as continuing on SiriusXM's college football channel as a host.

The MAC also returns and will take over with a series of weeknight telecasts. These might attract more viewers than past seasons because they will not be opposed by NBA or NHL telecasts this fall. Here is the MAC schedule for the first two weeks of their season:

Overall it will be interesting to monitor the ratings for the NFL and college football starting next week, since there will be no major competition from other sports during November and December.

The story (linked below) is designed to restore faith in radio advertising, which is understandable. However, in doing so radio is taking a similar approach to real estate. In this instance, the two are similar.

Radio offers audience targeting, as some stations appeal more to males, females, and/or age groups in order to attract appropriate advertisers. To do so, past and present listener statistics are important to the decision makers.

Meanwhile, many real estate offices look at it the same way. Realty offices and associations keep putting out comparison statistics on home sales and market trends, always based on previous months and years.

How anyone can put any credence into any trends from before March 2020 at this time is beyond my radar at this time. Radio has been hit hard by the pandemic, just as real estate and most other industries.

People were buying, selling, and renting homes one year ago under drastically different circumstances than we have today. They may have felt different about their jobs and financial security. In addition, their home may have been in a location with respect to their commute, which now may be a thing of the past.

Just as our radio listening habits may have changed over the past year, it has little or nothing to do with the station(s) that people choose to listen to. Same theory for real estate. Comparing against one year ago is no longer a reasonable comparison. At least it won't be until April 2021. 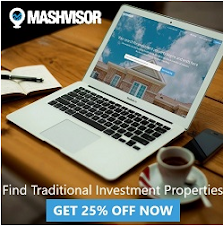